The coastal region around Cassis France is home to some spectacular rock formations.

The rock formations in the photograph below are located in the Calanques region, west of the town. 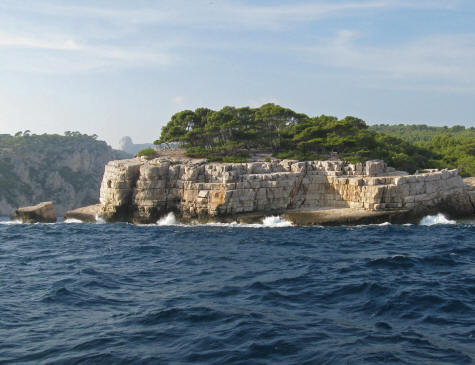 The rock used at the base of the Statue of Liberty in New York city was taken from the Cassis area of France.